Moving from Texas to New York

Is the Lonestar State losing its shine? Are you dreaming of new adventures in the Big Apple? Relocating from TX to NY might be the move! Whether you’re looking to experience the urban magic of one of the greatest cities in the world, or want to delve into the distinct lifestyle of the Northeast, New York State offers a fantastic change of pace. Couple that with the northeastern state being the land of opportunity, and you have an excellent recipe for a new beginning. But before you start packing your moving boxes, you’ll want to consider several key things that could make or break your interstate relocation to NY. Another important factor is considering the moving companies that offer interstate services in Texas and New York so that your relocation is smooth and affordable.

What to Know About Moving from Texas to New York

Relocating from Texas to New York is no small feat. Before you start packing up your belongings in the Lonestar State, consider the following factors to ensure a smooth transition to New York.

Let’s address the elephant in the room first. New York is definitely a place of endless opportunity – particularly NYC – but it does come with heavy taxation. When considering the overall tax burden by state, NY comes in at #1. The state of Texas, on the other hand, is currently #32. This ranking considers the following categories of taxes:

Overall, New York is #33 in state economy rankings. For comparison, Texas as a whole takes the #15 spot. But that only tells part of the story. Home to more than 20 million residents, New York City is both the largest metropolis and economic powerhouse out of all metro areas in America. If you’re heading to the Big Apple, then you’re in great shape for finding a job or career (though it’s highly competitive). If you’re considering a part of the state outside of NYC, then you might want to make sure you have a job waiting for you ahead of time. At the beginning of 2020, New York State had an unemployment rate of 4.1% (vs. 3.9% in TX) and a future job growth rate of 30.7% (vs. 37% in TX).

Ah, distinct four seasons with snowy winters and colorful fall foliage – one can easily fall in love with New York’s climate. If you’re looking for a serious change of scenery compared to Texas, the Northeast state is a great choice! Along with more seasonal variation, you can expect an average of 25 inches of snow (compared to only 2 inches in TX) and 47 inches of rain (compared to 36 inches in TX). The winter low is 26°F and summer high is 84°F (versus 36°F and 94°F in TX, respectively). One downside is that the Lonestar State does receive a few more sunny days – 235 of them versus 224 in NY. But if you love skiing, snowboarding, and other winter activities, or always wanted to try, now’s your chance!

We know that New York offers a lot, much more than most states. But how much does it cost? As with taxes, you might want to sit down for this one. Before we jump in, though, we’d like to preface this data by saying NYC heavily skews it. Many parts of the state are quite affordable. That said, the cost of living index in NY is 187.2 (compared to the US average of 100 and TX average of 93.9). As for housing prices, the median list price in NY is $429,000 (along with a median rent price of $3,200). Texas has a median list price of $274,500 (with a median rent price of $1,550). If you plan to call the Big Apple home, you can expect to pay far more than the statewide median list price for a home.

Broadway, electronic billboards, street performers – these are the images that typically pop up when people think of New York. No doubt, NYC offers the finest urban experiences on the planet. But the state of New York as a whole offers much more than just the glitz of city life. Lake George provides adventures in parasailing and horseback riding with a view. The Adirondacks and Catskills are home to whitewater rafting, hiking, and stunning vistas. The state also has numerous trails for wine or craft beer lovers. Add to the mix a wide selection of other destinations & activities – live music, museums, historic sites, parks, family fun, the list goes on – and you’ll love what New York has to offer! For a full scoop on things to do in the Empire State, click here.

Are you looking for top colleges and universities in NY? The state is full of reputable institutions. These include Columbia University (#3 in the US), Cornell University (#17), New York University (#29), University of Rochester (#29), Rensselaer Polytechnic Institute (tied for #50), and Syracuse University (#54 nationally).

Looking at transportation rankings, New York comes out on top of Texas. Currently ranked #16, The Empire State claims a first and last-place finish in two subcategories: #1 in public transit usage and #50 in commute time (thanks to New York City). The state of Texas isn’t at the bottom of the barrel, but it’s pretty close at #47. If you plan on moving to New York (and particularly NYC), you’ll want to seriously consider if you wish to bring your vehicle or not.

Yes, Texas has its fabled eats, including arguably the best barbecue in America. But when it comes to variety, New York has got the Lonestar State beat! The immense melting pot that is NYC offers a seemingly unlimited array of cuisine from every part of the world, as well as delicious fusions of many favorites. From Asian and Ethiopian to New York-style pizza and cheesecake (and everything in between), it’s hard to compete with all the tasty food in the Empire State and the Big Apple!

Exceptional! based on 5300+ data points.
With over 30 years of experience in local and statewide moves, 3 Men Movers grew its single-truck company into a large fleet of 60 trucks... Continue Reading
View profile 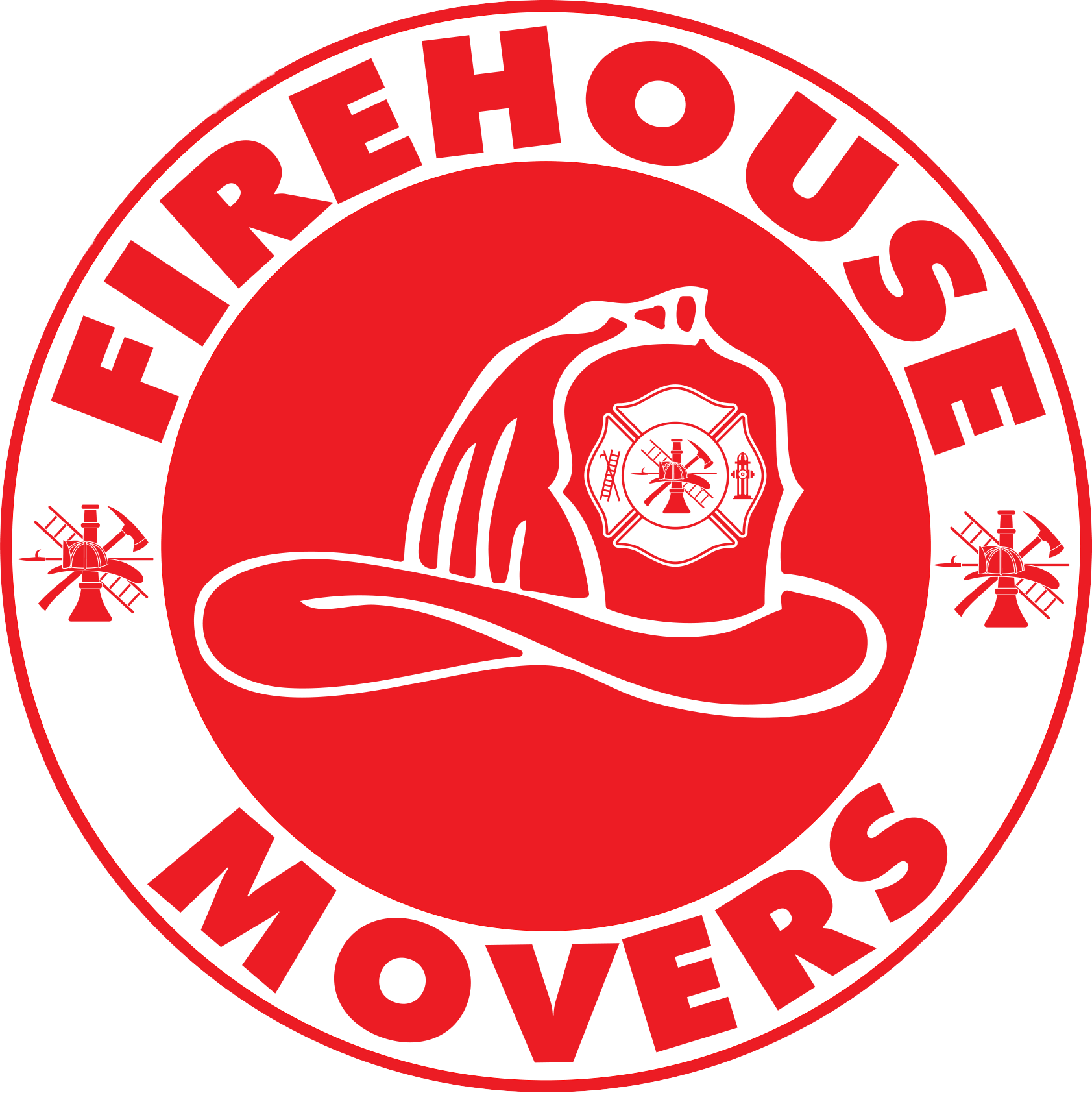 Superb! based on 1100+ data points.
Firehouse Movers is a professional moving company that seeks to transform moving from a hectic, arduous task into a stress-free experience. Founded and managed by... Continue Reading
View profile

Superb! based on 1300+ data points.
With humble beginnings, Firefighting’s Finest Moving & Storage started as a small moving company in Dallas-Fort Worth founded by two off-duty firefighters in 2001. It... Continue Reading
View profile

Not sure where to settle down? Consider calling one of the following locations home:

No matter what brings you to Brooklyn, it will be one of the best moves of your life. With an almost infinite number of cultural institutions, extraordinary public transportation, world-class dining, and vibrant energy, Brooklyn is a place like none other. Find out more about moving to Brooklyn here.

People move to Buffalo for school, work, affordability, or just a change of pace. Second only to New York City in population, Buffalo manages to offer many big-city perks with none of the downsides. Learn more here.

New York is known as the city that never sleeps, and Manhattan is the borough at the center of it all. Living in Manhattan puts you at close range to New York City’s most famous locations and experiences, including Central Park, Times Square, Fifth Avenue, and more. Decide whether Manhattan is for you with our helpful Manhattan moving guide.

Queens is the place to be if you’re looking to escape Manhattan’s bustle but still want to be close to the action. Spanning 109 square miles, Queens is the largest NYC borough. Though it lends itself to a more suburban feel, it offers plenty of city character.

If you’re thinking about moving to this city, you’re not alone in wanting to live in a beautiful, affordable area of upstate New York. Located between the Finger Lakes and Lake Ontario, steeped in culture and the arts, and within driving distance of New York City, Rochester is a great place to raise a family.

Whether you’re looking for bustling city life or a quieter suburban atmosphere, Staten Island offers the best of both worlds – a choice that you can’t beat. You’ll be close to all that New York City has to offer but with more breathing room. Find out more about moving to Staten Island.

If you’re planning a move to Syracuse, New York, you’ve probably heard about the city’s epic winters.  But while the region receives more than its fair share of snowfall, Syracuse has also developed a reputation as a friendly and affordable metro area with a lot to offer families, retirees, and young professionals.

Known for its diversity, the Bronx attracts people from all around the world. With 1.47 million residents living within its densely packed 42.5 square miles, the Bronx is an ideal destination if you’re looking for a bustling city lifestyle without the Manhattan price tags.

Cost of Moving from Texas to New York

On average, it costs about $3500-$4500 to move from Texas to New York. Though this might sound expensive, consider that you are hauling your stuff about 1769 miles across the country. The total cost of your move will depend on several variables, including your origin and destination cities, the time of year you’re moving, the size of your household, and which services you require. The best way to get an accurate estimate is by scheduling an in-home or virtual (no contact) walkthrough with a licensed and insured interstate mover. Get free moving quotes from the best Texas to New York movers now!