Skip to content
Ready to start your move?Enter your zip to find local movers.

Pittsburgh combines the job opportunities, and cultural benefits of a big city with the lower cost of living and neighborhood feel of a smaller town. With a population of 305,012, this city sits in west-central Pennsylvania at the confluence of the Allegheny, Monongahela, and Ohio Rivers. It’s known as “The Steel City” for its long history with the steel industry and steel-related businesses. And because of its 446 bridges, it’s also known as the “City of Bridges.”

Pittsburgh is frequently identified as one of the most livable cities in the nation. It was recently named among the Best Cities to Relocate to in America, Most Romantic Cities for Boomers, and Most Secure Places to Live. Housing costs are lower than the national average. As more technical companies relocate here, Pittsburgh is shedding its blue-collar reputation and reinventing itself.

Good schools and lots of kid-friendly activities along with economic opportunity attract families. And the plethora of colleges and universities create a diverse population with a constant supply of young people who remain in Pittsburgh after they graduate. Pittsburgh also offers a tremendous variety of cultural opportunities. The city is home to the Pittsburgh Ballet, Pittsburgh Civic Light Opera, Pittsburgh Dance Council, the Pittsburgh Opera, the Pittsburgh Symphony Orchestra, and The Trust Presents Broadway series. It’s not an overstatement to say the city is sports-obsessed. The Penguins, Steelers, and Pirates keep fans enthralled.

Living in Pittsburgh, PA: What to Know Before Moving to Pittsburgh

In the past, Pittsburgh was known for its blue-collar roots and a strong connection to the steel industry, earning the city its enduring “Steel City” nickname. But modern Pittsburgh is re-inventing itself for the new millennium.

Pros and Cons of Living in Pittsburgh

According to wallethub.com, Pennsylvania has the 3rd highest tax rate in the country. And the state ranked as having the highest gas tax in the nation. Here are the taxes you can expect:

Pittsburgh sees a wide range of weather – sun, heat, rain, snow, and cold. Extreme weather is rare. With an average of 38 inches of rain and 28 inches of snow each year, Pittsburgh gets some kind of precipitation about 140 days per year. May is the wettest month. There is an average of 160 sunny days each year, less than the US average of 205. Average summer highs hover around 84 degrees Fahrenheit. Winter day highs average in the high 30’s low with night times in the low 20s unless a storm is raging.

Historically, Pennsylvania has dealt with some memorable natural disasters. Flooding, blizzards, tornadoes, and hurricanes have created isolated, but tremendous damage in the past. With climate change, weather conditions can pop up when least expected so always keep an ear to the ground during storm season.

The Port Authority of Allegheny County, the largest transit agency in southwestern Pennsylvania, operates a total of 102 routes, including 98 bus, three light rail, and one incline. The “T,” or light rail and subway system, travels both above and below ground. Built in 1984, it is clean and safe. Covering 25 miles, the “T” provides service to downtown Pittsburgh and several communities to the south of the city.

Pittsburgh also offers a mode of transport few cities have — inclines. The Monongahela Incline — the Mon Incline for short —  is the oldest continuously operating funicular railway (a cable railroad, especially one on a mountainside, where ascending and descending cars counterbalance each other) in the US. It transports more than a half a million riders each year and runs every fifteen minutes. As a bonus, it offers great views of the city.  The 140-year-old Duquesne Incline will take you up to the observation deck where you’ll enjoy the breathtaking views.

While the average commute time in Pittsburgh is 23.8 minutes – slightly less than the national average — it’s not always an easy commute. Pittsburgh ranks seventh on the list of the ten most congested urban areas in the US. Pittsburgh’s Parkway, from I-79 to the Pennsylvania Turnpike, is one of the most congested corridors in the nation.

For more information on things to do in Pittsburgh, go to www.tripadvisor.com or www.visitpittsburgh.com.

The city boasts several colleges and universities, including:

Regent Square, located on the eastern edge of the city between the busy Parkway East and Forbes Avenue, was named by Niche.com as the best place to buy a house in Pittsburgh and the best neighborhood to raise a family. This compact neighborhood with an urban feel borders 600-acre Frick Park, the largest of Pittsburgh’s parks. You’ll find a popular dog park as well as hiking trails, soccer fields, and tennis courts.

For such a small neighborhood, there’s a varied selection of restaurants and bars. Try Madeleine Bakery & Bistro for hot bread and pastries. Visit the Thai Cottage for Thai food or El Burro Comedor for Mexican. Go to ease for modern comfort food. Or do Sunday brunch at Square Café featuring fresh local produce. Plan a casual night out at  D’s Six Pak and Dogs, for international bottled beer and the dog of the week.

Most residents own their own homes, but there are plenty of rental apartments.

Niche.com  named Squirrel Hill North the number one neighborhood in Pittsburgh.  While the area has an urban feel, there’s plenty of green space. Squirrel Hill North sits between the 600-acre Frick Park and Schenley Park, named one of “America’s Coolest City Parks” by Travel and Leisure magazine. With 456 acres, there’s plenty of room to hike, bike, and even play an 18-hole round of golf.

Squirrel Hill North is a very walkable neighborhood. One of the nicest strolls is through the Murray Hill Historic District, known for its Victorian houses. The neighborhood is also home to Carnegie Mellon University and Chatham University.

This neighborhood has a history as a center for Jewish life in Pittsburgh. Twenty-six percent of Greater Pittsburgh’s Jewish population lives in the neighborhood. Squirrel Hill North boasts a JCC, kosher food stores, and over a dozen synagogues.

Hungry but not sure what you’re in the mood for?  Stroll the neighborhood and take your pick. Want Chinese? Try Everyday Noodles or Chengdu Gourmet. Middle Eastern? Go for  Naya and Aladdin’s.  Want pizza? Decide which of the famous rivals Aiello’s and Mineo’s you prefer. Looking for breakfast?  Look for Pamela’s. And NU Modern Jewish Bistro offers traditional Jewish dishes like potato latkes and matzo ball soup.

Over 60 percent of residents own their homes.

Point Breeze, located east of Downtown, is among the three top neighborhoods in Pittsburgh. But the best-known home in this neighborhood is the Henry Clay Frick mansion known as “Clayton.” It’s one of the best-preserved Gilded Age mansions in the nation.

Home values are high in this leafy neighborhood. Over 68% of residents own their homes.

The neighborhood’s quaint business district offers local shops and a variety of restaurants including Point Brugge Café, famous for its steaming bowls of mussels in garlic, and Pino for Italian food and an inviting bar.

This neighborhood on the border of Frick Park and north of Route 376 is popular with young professionals. 57% of residents rent in this area. The 43% of residents who own their homes navigated a competitive real estate market.

Squirrel Hill South is a very walkable neighborhood with a quaint downtown. Check out the interesting local shops. Or visit one of the many local restaurants like the Green Pepper, a very popular contemporary Korean lounge and restaurant.

Due to higher than average housing, food, and transportation costs, Squirrel Hill South is one of the more expensive neighborhoods in Pittsburgh.

Victorian-style mansions and boutique hotels line the streets and make it worth visiting. Green space and parking are hard to come by, but Mellon Park is just around the corner and offers a beautiful park with a walled garden and sports fields.

You’ll find a range of eateries from burgers at Stack’d, to more upscale food at Casbah or Soba. Visit one of the local bars and lounges like Le Mardi Gras for its drinks made with freshly squeezed juices. Or try a night out at Mad Mex and The Yard for beer, with dozens of taps and lots of specials.

If you’re looking for a bit of suburbia in Pittsburgh, Swisshelm Park may be the place for you. The area is full of suburban-style ranch and two-story brick homes. 86% of residents own their own homes.  Anyone who wants to become a homeowner may have a challenging time – real estate inventory is low.

If you want to be in the very center of a vibrant urban community, the Downtown district may be for you. Walkers and bikers love it. Residents kayak, boat, hike, bike, rollerblade, run, and fish with the glittering skyline behind them.

The city is surrounded by the Allegheny, Monongahela, and Ohio rivers and steep hills, forming a dramatic backdrop for a livable urban environment. It’s convenient to all major highways and the hub for the Allegheny County public transit bus and light rail systems. Point State Park is the largest green space in Downtown, connecting the three rivers.

Skyscrapers mixed in with gorgeous 19th-century buildings make this neighborhood both historic and modern. 82% of residents own their own homes, and residential choices range from luxury or loft style condominiums to high-end or market rate rental units.

When you live Downtown, you’re close to a wide range of cultural opportunities thanks to venues like Heinz Hall, Byham Theater, O’Reilly Theater, the Benedum Center, and the Wood Street and SPACE Galleries.Point Park University and the Art Institute of Pittsburgh make Downtown their home, as does the public magnet arts high school CAPA.

This family-friendly neighborhood southeast of the downtown area offers spectacular views of the skyline and adjacent Schenley Park. The area is popular with first time home buyers since the housing market is affordable. Just over half of the residents own their homes.

Greenfield is also home to the Magee Recreation Center which offers community and youth programs.

You’ll appreciate the convenient business center peppered with popular local cafes and bars. Copper Kettle Brewing Co. is the only brew-on-premises shop in Pennsylvania. You can create your own single batch one-of-a-kind beers.

Or try Hough’s Taproom and Brewpub, sometimes called the “social center” of Greenfield. And you can grab pizzas as small as six inches and as large as 28 inches at Rialto Pizza. Or if you’re craving farm-to-table, visit Staghorn Garden Café. 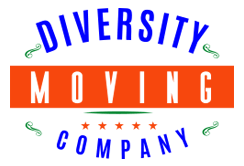 2
Bellhop Moving
6.2Fabulous based on 1150+ data points.
Offering innovative and flexible solutions to the typically tedious and painful moving process, Bellhops combines the values of professionalism and integrity with technology to give... Continue Reading
View profile

3
Two Men and a Truck
6.0Fabulous based on 550+ data points.
With a premium brand of service rooted in hard work, trust, and high customer satisfaction, Two Men And A Truck is one of the fastest-growing... Continue Reading
View profile
See all of the top movers in Pittsburgh, PA

Diane is an expert communicator and unendingly curious about everything. She loves to write and produces content on topics as... Read More