Moving from Boston to NYC

For years, Boston and New York City have sparred over culture, religion, money, sports teams, and history – and the rivalry continues today. If living in Boston makes you feel like you’re wearing shoes that just don’t fit anymore, you’re probably ready to tackle everything New York City has to offer. It may be time to take sides and experience the richness of life in one of the world’s most celebrated cities.

But before you make moving plans, study these nine key topics that will help you weigh the pros and cons of what it would be like to move to New York City from Boston, including professional movers that offer long-distance services.

What to Know About Moving from Boston to New York City

Whether you rent or own, you already deal with Boston’s high housing costs and probably won’t be surprised that you’ll pay even more in NYC. The median home value in Boston, as of fall 2020, is $644,743. In New York City, housing values are a bit higher at $652,307.

Even though it costs more to buy a home in NYC, rentals are less expensive. Across the board, from a studio to a four-bedroom apartment or house, rent is lower in NYC. A one-bedroom apartment in Boston averages $1,836 and in NYC, averages $1,788. However, be aware that most NYC rentals charge a brokers fee – be sure to ask.

Compared to the US average cost of living index of 100, Boston’s cost of living index is 162, and NYC’s is 13% higher at 187. Although essential costs are more expensive than average in both cities, you’ll pay even more in NYC – 22% more for utilities, 27% more for transportation, health costs will be 26% higher, and grocery and food costs will be about 5% more expensive.

Regardless of how you get to work, your average one-way commute in Boston is 30 minutes, but plan on 41 minutes in NYC.

With New York City located about 220 miles south of Boston, the climate is a bit milder. Many Boston residents agree that their winters can be brutal with intense snowstorms and frigid temps. Boston’s average January high is 29 ℉, and the low is 19 ℉. In NYC, the average January high averages 39 ℉, and the low is 26 ℉. Boston snowfall averages 48 inches annually while NYC gets quite a bit less at 25 inches.

Boston summers are very muggy and hot, with average July highs of 82 ℉ and lows in the mid-60s. You’ll also have sticky, humid summers in NYC with July highs that average 85 ℉ and drop to about 70 ℉ at night. At 47 inches per year, both cities get equivalent amounts of rainfall.

Just be aware that crime is higher in touristed areas like Times Square, Union Square, or Central Park. As you start to define neighborhoods that seem appealing, check their crime rates online.

E.B. White quipped,  “. . . New York commuters give the city its tidal restlessness; natives give it solidity and continuity; but the settlers give it passion”. And passion is alive in NYC’s nightlife and entertainment scene. While you’ll be hard-pressed to find anything open in Boston after 2 a.m., New York City is going strong until at least 4:00 in the morning.

Educational quality varies from school to school and neighborhood to neighborhood, but If you’re selective, you can find excellent educational opportunities in both cities. If you have school-age children, refer to greatschools.org to find the best schools in NYC that will meet your children’s needs.

Higher education is outstanding in both Boston and NYC, with top-rated universities like Harvard, Massachusetts Institute of Technology, and Tufts in Boston and Columbia, Fordham, and New York University in New York City.

Exceptional! based on 2700+ data points.
Since 2001, Stairhopper Movers has operated as a Boston-based local moving company that performs local and long-distance residential and commercial moves. As a full-service moving... Continue Reading
View profile

Superb! based on 1150+ data points.
Born and bred in Boston, Gentle Giant has been the go-to moving and storage company for residents and business owners of Beantown for over forty... Continue Reading
View profile 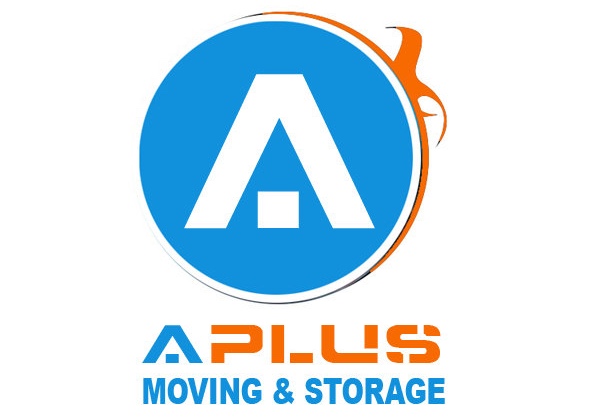 Superb! based on 900+ data points.
A-Plus Moving & Storage serves the entire state of Massachusetts, providing local and interstate moves with an experienced team. In business for over 15 years,... Continue Reading
View profile

We summarize New York City’s five boroughs to give you an idea of what each can provide. You’ll be able to click on the links at the end of each borough to learn more details and review the best neighborhoods.

Offering the ultimate urban lifestyle, Manhattan is home to Wall Street, Grand Central Station, Central Park, Times Square, and some of the most iconic neighborhoods in New York City. Think Tribeca, Upper West Side, Greenwich Village, and more. About 1,660,000 people live in Manhattan, and since it only covers about 23 square miles, you can imagine the density is intense. Housing is as expensive as its skyscrapers are high – the median rent is $3,450, and the median home cost as of fall 2020, is $998,557. You can find out more about Manhattan here. And you can find out about Manhattan’s best neighborhoods here.

Located on the western end of Long Island, Brooklyn is connected to Manhattan by the famous Brooklyn Bridge. At 2,650,000 residents, Brooklyn is NYC’s most populous borough. Once the ugly step-sister to Manhattan, Brooklyn’s renaissance has made it one of the most popular and happening places to live in New York City. Less expensive than Manhattan, the median rent is $2,500, and the median home value, as of fall 2020, is $669,457. Brooklyn is full of beautiful parks, tree-lined streets in charming neighborhoods, ethnic diversity, and a fantastic art scene. Check out more about Brooklyn here. And check out Brooklyn’s best neighborhoods here.

Queens has more land area than any of the other boroughs, giving it more of a suburban feel. An ethnically diverse population of 2,360,000 residents fills approximately 109 square miles. As of fall 2020, rent averages $2,250, and the median home value is $537,350. Many people choose to live in Queens and work in Manhattan, conveniently located just a subway ride west across the East River. Queens also offers generous greenspace and lots of outdoor recreation with Flushing Meadows Corona Park, Rockway Beach on the southern peninsula for swimming, surfing, picnics and sunning, and much more. If you commute by air, both John F Kennedy International Airport and LaGuardia Airport are in Queens. Learn more about Queens here. Learn about Queens’ best neighborhoods here.

Directly north of Manhattan, the Bronx has about 1,470,000 ethnically diverse residents. The median home value, as of fall 2020, is $320,335 and the median rent is $1,800. With housing well below Manhattan prices, and convenient subway and rail lines, many people choose to live in the Bronx for its convenience to Manhattan. Residents love Pelham Bay Park, three times the size of Central Park, and with a range of neighborhoods, the Bronx appeals to all ages. If you’re a Yankees fan, living in the Bronx puts you front and center to Yankee Stadium. Here’s more info about the Bronx. And if you want more info about the best neighborhoods in the Bronx, click here.

Cost of Moving from Boston to New York City

On average, it costs about $1500-$2000 to move from Boston to NYC. Though this might sound expensive, consider that you are hauling your stuff about four hours, or 215 miles, up the East Coast. The total cost of your move will depend on several variables, including your origin and destination zips code, the time of year you’re moving, the size of your household, and which services you require. The best way to get an accurate estimate is by scheduling an in-home or virtual (no contact) walkthrough with a licensed and insured interstate mover. Get free moving quotes from the best Boston to NYC movers now!

Between working as a clinical educational therapist and flipping houses, Patty’s lifelong love of horses found her riding the remote... Read More